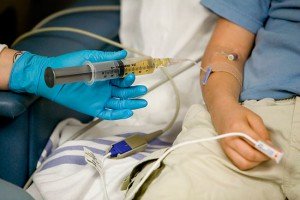 It is said that cord blood stem cell have been successfully used for the treatment of patients with type 1 diabetes. Cord blood stem cells used to “reeducate” (as the term used) the immune system T cells of diabetic patients by making their pancreas to start producing insulin again, to reduce the amount of insulin needed to inject. It becomes successful to treat with long-standing diabetics who believed they have no ability to produce insulin anymore.

Type 1 diabetes develops when the own immune system of the body attacks and destroys the insulin producing cells in the pancreas. This results to body that can’t produce enough insulin and can cause high blood sugar to damage all the organs in the body.

Research shows how scientists developed a procedure called “Stem Cell Educator Therapy” where the blood of the diabetic patient is circulated through a closed loop system that separates lymphocytes (it is a class of immune cell that includes T cells) from the entire blood. Then, co-cultures them with cord blood stem cells from healthy donors that take two up to three hours before returning the “re-educated lymphocytes” to the blood circulation of the patient’s body.

The results show that patients had some residual beta cell function (moderate type 1 diabetes) and the required insulin dose for the patients was down by 38% at the 12th week. Patients who received the Stem Cell Educator Therapy improved levels of C-peptide, a biomaker used to measure how beta cells are working (a protein fragment that is left behind when the insulin is process in the pancreas).

Football Players Store Cord Blood for Future Use
Update on Chace
Banking Cord Blood: "It's like having a safe-deposit box"